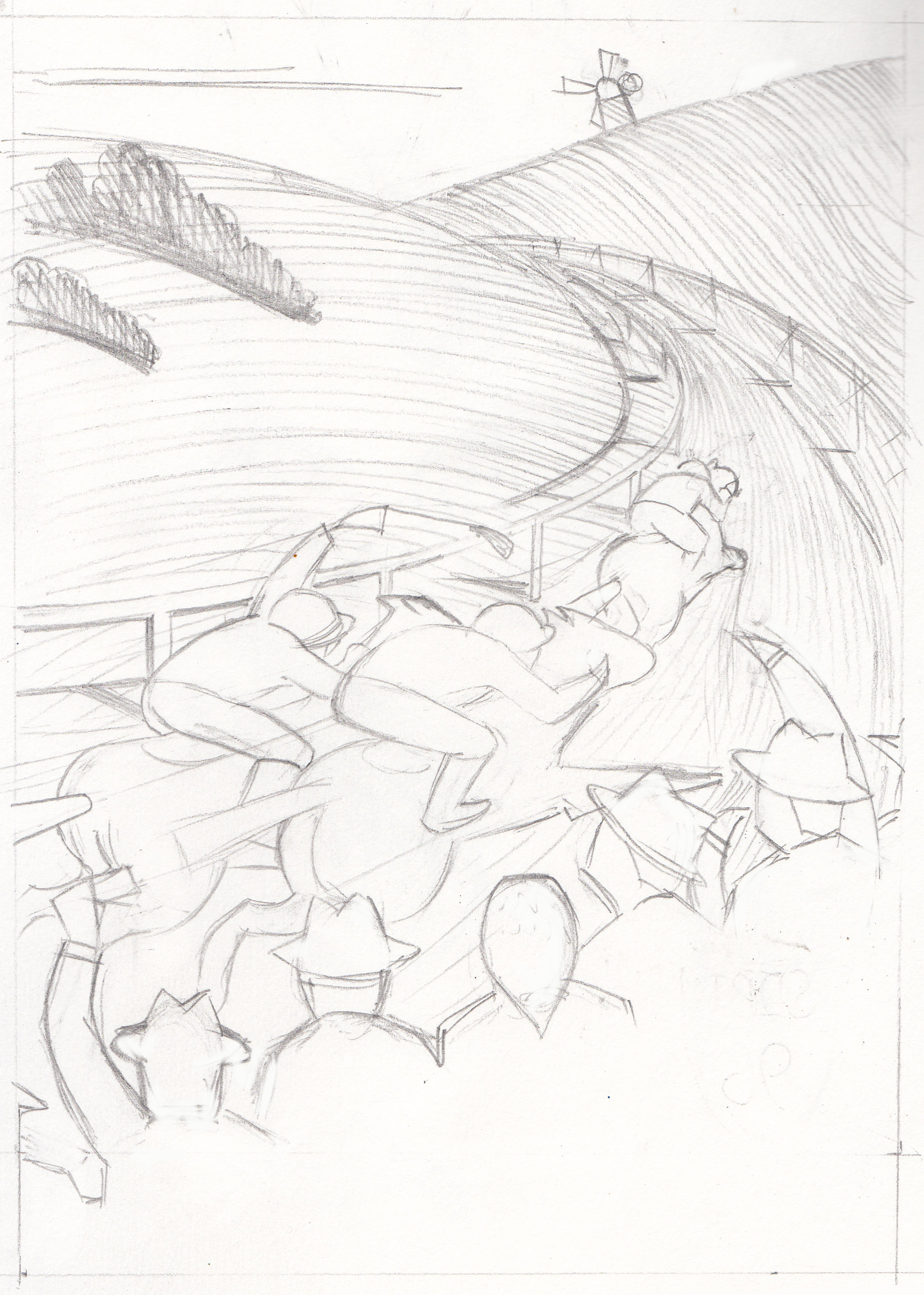 One of the original sketches done in preparation for this months Viva Lewes Magazine.

This was first engraved for the wonderful Viva-Lewes Magazine. Their September 2014 edition looked at Lewes Race course and the 50th anniversary of it's closure. This is what they said about the artwork:

"Keith Pettit has created a couple of terrific Viva covers in the past - last September’s was a fantastic wood-cut of Keere Street. When he offered to design a cover during Artwave, we happily agreed, but asked if he felt like trying something a bit different. “I was really excited by the challenge, which surprised me in some ways. I can be set in my ways.” The starting point for this striking wood engraving was the theme of Lewes Racecourse. “I began with the composition – the strong stripe of people angled across the corner, the sweep of the racecourse.” He added the Town Windmill on Spital Road. “Although I’m not claiming it’s an accurate portrait of the geography!”.

He’s given the racing punters sharp suits and trilbies, “which also give a hint of noir, which fits with the dark history of the Razor Gangs at the racecourse”. We love how lively it is, and how it captures a sense of atmosphere of what was a hugely popular public event, and a crucial part of Lewes history."

Having it stated that Viva wanted something different to last years Keere Street engraving (Read More Here)- was extremely liberating and great fun. As the edition maked the 50 years since the racecourse closure- It immendiatly gotme thinking about the era's art- and the dominence of the great exhibition of the 50's that seems now to have led the styles of the time. I decided to trun the clock back a bit further to the 20's and 30's as not only was the race course enjoying a heyday but English art was at such an exciting stage. 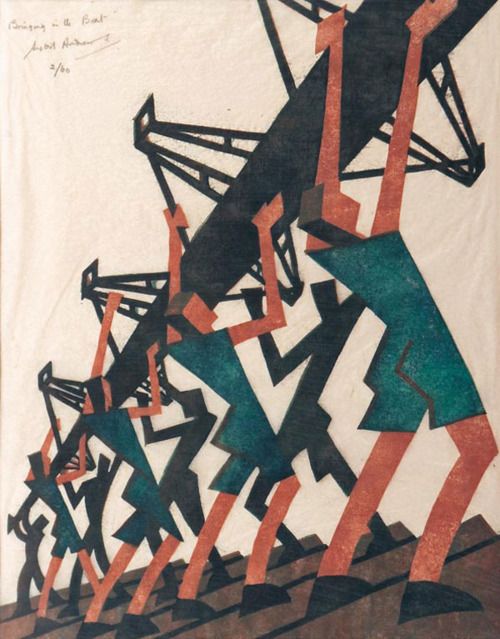 This is a print called 'Bringing the Boat in' by Sybil Andrews- I adore her work, so distinctive and now so popular. 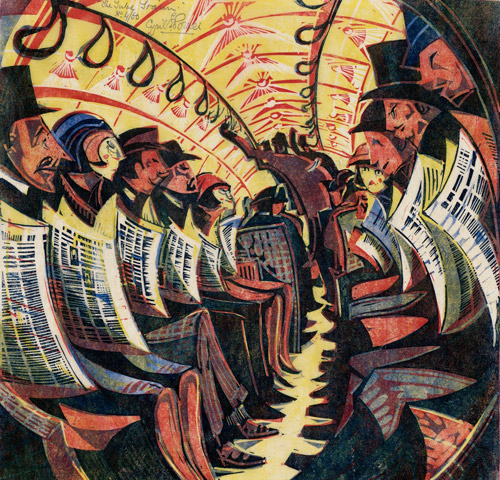 And this is ' Tube Train' by Cyril Power- both artist are icons of their age.

The fact that I was drawing on two lino printers for inspiration still left me with the question of how to cut the block- I am after all a wood engraver not a lino cutter. To fill this gap I turned to the incredible engraver who came to wide popular acclaim in the 30's Claire Leigton. I was fortunate enough to make iit down to the Pallant Gallery in the winter to see an exhibition of Leigton's work- one of the many things to strike me was the formula she worked to from the onset of her work. She would bring in radical contrasts between light and dark- leaving the subject matter of the piece almost in silhouette and the background where possible reduced the lightest of tones. And then lifting the subject matter with the finest tool marks. Whcih results in engraving with a huge punch that not only works close to on the pages of a book but unusually form a distance too. It was a fascinating process analysing and copying her style of cutting for this engraving. 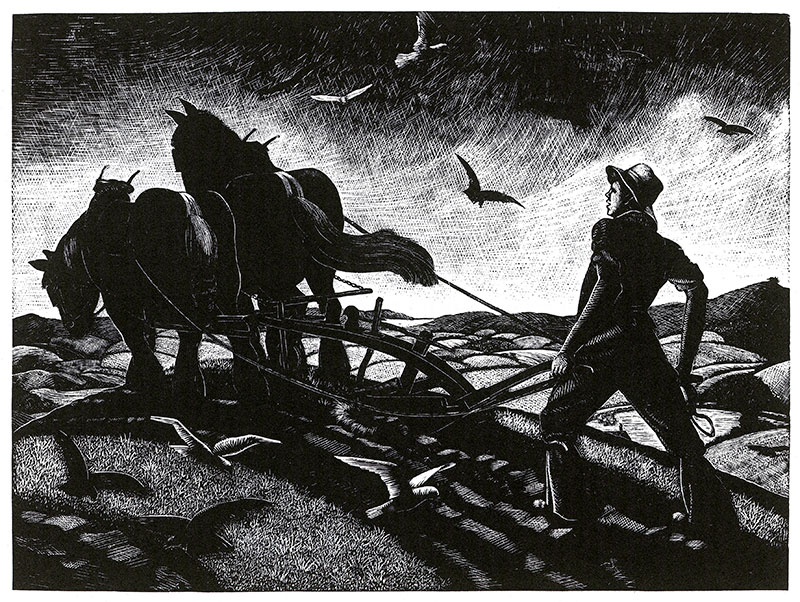 Claire Leighton's engraving 'November' from her book 'A Farmers Year'

For the text on the engraving I turned to both Eric Gill and Ravilious for inspiration. 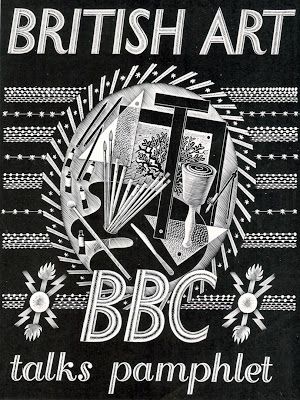 This is an example of Ravilious' lettering and engraving together- perfect!

The engraving is now on sale- I am taking part in this years Artwave Festival- More Here It would be lovely if you could come and find me- I shall be there on the two remaining Saturdays. or buy the print from my Web Shop 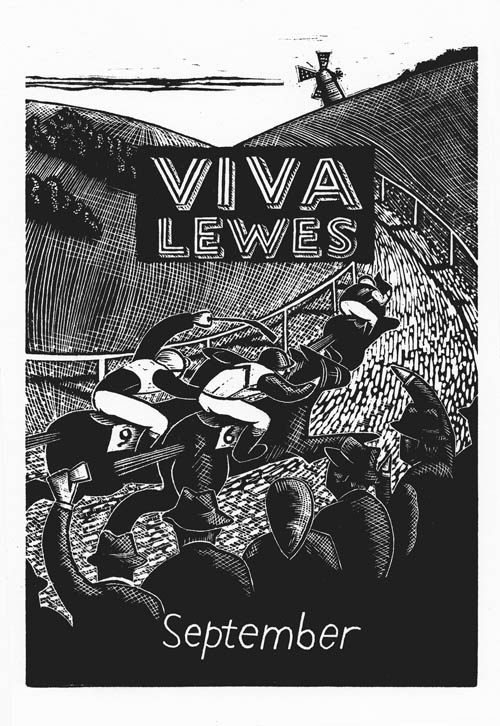